All You Need To Know About Quantitative Tightening

Central banks have used monetary policies and strategies to control the market economy. Whether to reduce inflationary actions in the economy or stimulate credit and cash flow in the financial market, they are instrumental for long-term and short-term changes. Quantitative tightening is one such monetary policy strategy used by the central bank of the US, the Federal Reserve, to control inflation in the economy.

However, inflation isn’t inherently evil for the economy. Several economists state that an inflation rate of 2-4 percent is necessary to stimulate economic growth. Moreover, if there aren’t any inflationary pressures, the economy will stagnate, resulting in instability and, eventually, a massive crash.

If you’re fascinated by this topic and want to read up on it, here’s a brief understanding of this economic policy.

What Is Quantitative Tightening?

Quantitative tightening, alternatively known as QT, is a monetary policy strategy deployed by central banks such as the Federal Reserve in the US that reduces the center’s cash or capital reserve. It contracts the nation’s balance sheet by selling treasuries or government bonds or letting assets reach their term of maturity, after which they are removed from the balance sheet, thereby contracting cash flow in the economy. The primary idea is to limit the free movement of capital through financial institutions by reducing the cash supply at the apex.

This strategy is widely used in cases of inflation and controls inflationary actions of cash and credit on the economy. Credit can impose tremendous inflationary pressures by increasing the market price of goods and services, resulting in market failure and an impending financial crisis.

By reducing the amount of money, real or in the form of monetary assets, there is a drastic increase in the long-term rate of interest. Since borrowing money from the bank is more expensive, it changes public behavior. Such a situation encourages them to stay mindful of their credit and avoid additional credit to prevent debts or mortgages.

Thus, the demand for credit in the market would reduce effectively, which would, in turn, affect consumer preferences. For instance, they would be inclined to reduce consumption to ensure they don’t have to borrow additional money to satisfy their needs. Thereby, the market demand for goods and services also falls. This drop in demand, given constant supply, results in a decrease in the market prices of these goods and services at the point of equilibrium. It allows the market to stabilize and thus, controls inflation in the economy.

On 4th May 2022, the Federal Reserve deployed QT policies to neutralize the market’s developing inflation. Earlier, the Federal Reserve had embarked on quantitative easing measures to help the nation and economy recover during the financial crisis of 2007-2008 and the COVID-19 pandemic, resulting in a rapid expansion of its balance sheet. Now, it attempts to restore the original balance using effective QT measures.

Any economy fighting against inflationary forces will use Quantitative tightening to control its balance sheet and reduce the flow of money and capital. An increase in interest rates will reduce the demand for goods and services, stabilizing the economy and fighting off these inflationary pressures. 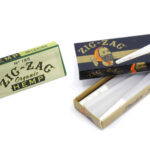 Previous Article Everything You Need To Know About Rolling Hemp Papers 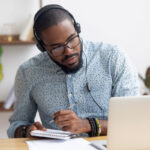 Next Article The Benefits of Choosing the Right Internet Plan

Why Is It Essential To Hire An Apprehended Violence Orders Lawyer?

Apprehended Violence Orders protect individuals from another person’s violent behavior. However, it is often misused by people for vengeance. If you have been wronged by […]

Who are ddaiy’s Key Executives?

This question is on the minds of many investors and consumers as ddaiy continues to grow at a rapid pace. With a market cap of […]

How to Select Fleet Tracking Systems: Everything You Need to Know

In 2022, 42% of businesses using fleet tracking systems to monitor driver behavior have seen fewer safety incidents. But before you invest in fleet tracking, […]